When Is It Time To Break Up? 6 Essential Questions You Need to Ask 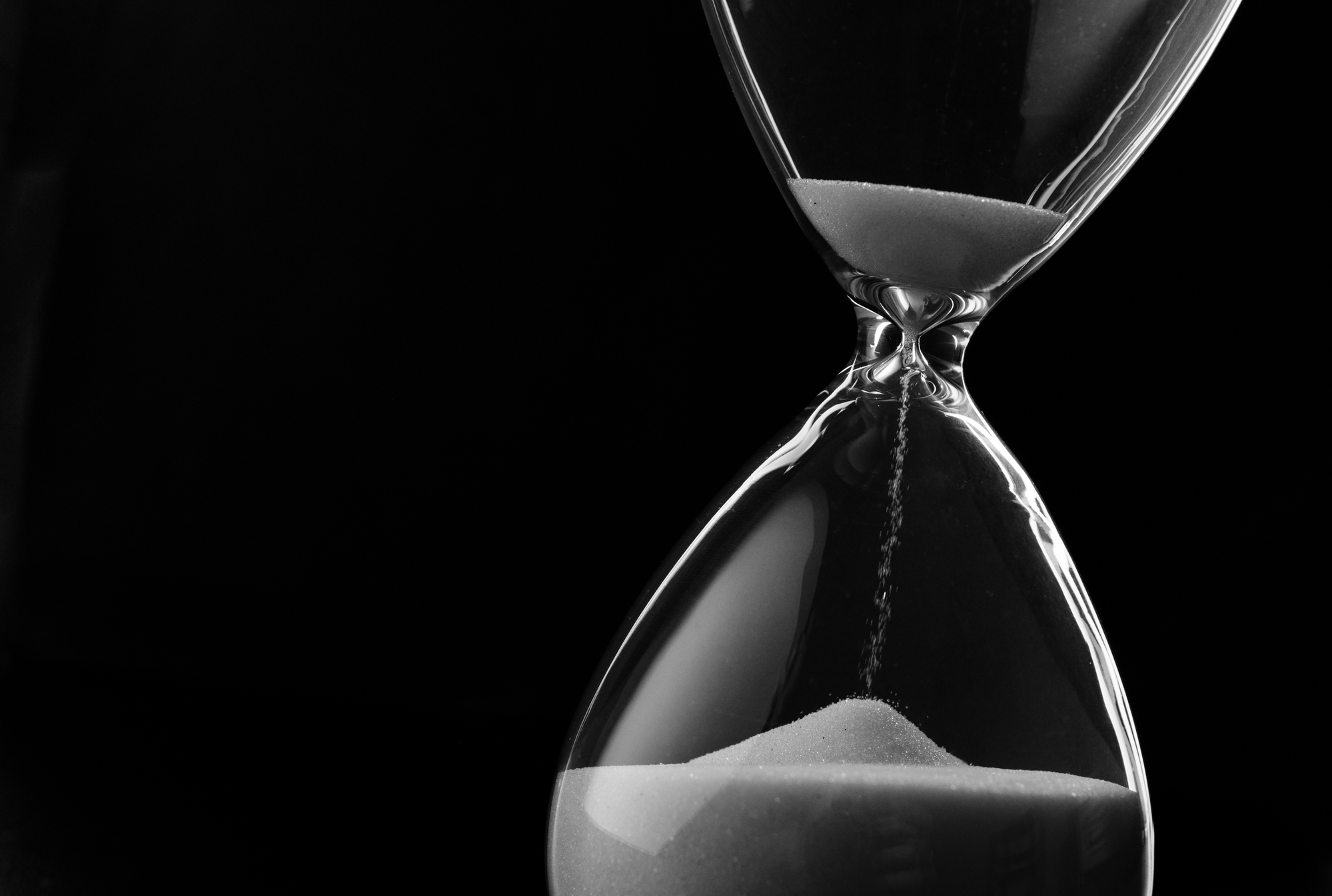 I recently spent my friend’s birthday doing something I didn’t guess would ever happen that night: comforting her after she got into a heated argument with her boyfriend.

Instead of the romantic dinner she was originally planning to attend, we ordered in some tasty comfort food, streamed our favorite Netflix series, and talked over the events that transpired earlier that evening as she brought them up.

At one point, I remember asking her, “What do you want to do? Do you want to break up with him?” Her response simple, yet telling. She merely said, “Honestly? I don’t know.”

Since we’ve all been in those same shoes at least once, we know that making a choice to break up with a romantic partner is never easy, nor does it look the same every time it happens.

If you’re currently wondering if it’s time to break up with your partner, it’s important first to take a serious look at how healthy the relationship is, if it’s worth salvaging, and if not, why it might be time to split up.

What is a toxic relationship?

While we often assume that we will instantly recognize situations that aren’t healthy for us, that’s not always the case.

In fact, it took me years of therapy to fully understand how to recognize the signs of an unhealthy romantic relationship.

In the simplest terms, a toxic relationship is one in which one person’s behaviors cause emotional and often physical damage to their partner.

Instead of feeling safe, respected, and loved, a person joined to a toxic partner will feel insecure, inferior, and controlled.

These feelings ultimately cause the person to experience low self-esteem, anxiety, and depression. According to clinical psychologist Tom Cory, there are 8 basic types of toxic partners:

2. "Bad Temper" partners - whose anger is unpredictable and leaves the other walking on eggshells.

3. Overreactors / Deflectors - who reframe or redirect everything to benefit them.

4. Passive partners - who allow you to make all the decisions, then use passive-aggressive communication when they don't like the result.

5. The "Independent" controller - who claims that your choices take away their freedom.

6. The User - who drains all your time and energy while claiming you never do anything for them.

7. Possessive partners - who use their jealousy to dictate your life.

Obviously, we all engage in at least some of the above-mentioned behaviors from time to time.

However, the difference in a toxic relationship is those unhealthy behaviors that a partner displays are the norm rather than the exception to the rule.

Why do people stay in unhappy relationships?

When we read about toxic relationships or see them portrayed in the media, we often ask ourselves, “Why on Earth do these people stay in these relationships when they’re clearly unhappy?”

Researchers at The University of Toronto recently published their answer to that very question in the Journal of Personality and Social Psychology.

The research team found that many people avoid initiating a breakup when they believe that their romantic partners are dependent on the relationship. 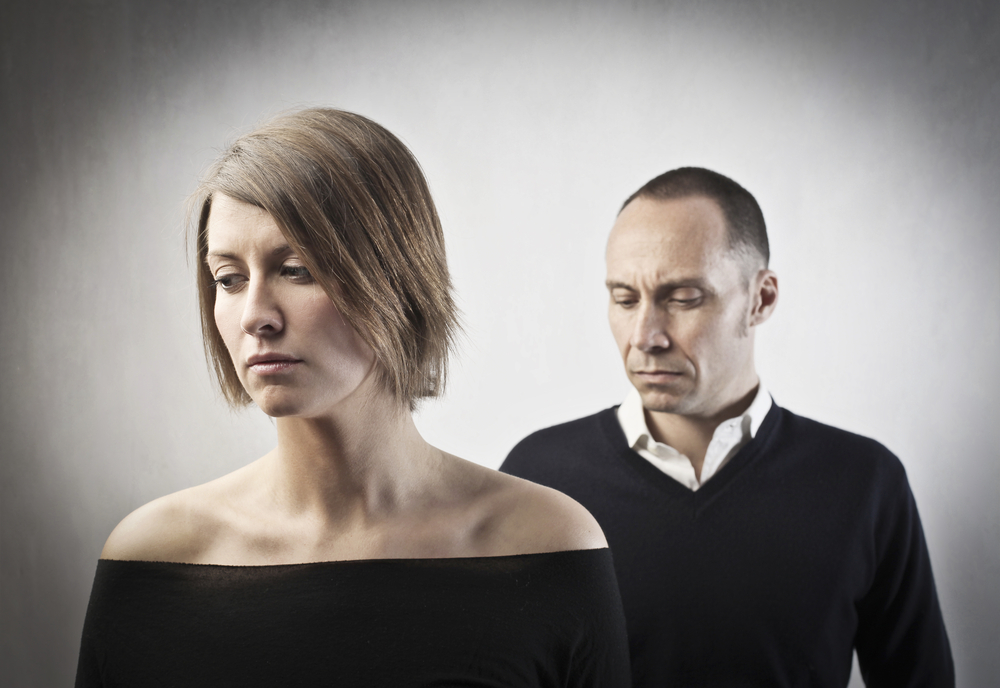 According to one of the co-authors of the study, Emily Impett, "People stay in relationships for the sake of their partners, even if they feel unappreciated by them.”

Speaking from personal experience, this factor definitely came into play when involved in abusive relationships.

With that being said, this altruistic outlook isn’t the only factor keeping people together.

In fact, licensed clinical social worker Richard B. Joelson says that there is a multitude of other factors that cause people to stay in unhappy relationships.

Joelson says that many people firmly believe, "The misery I know and am familiar with is preferable to the misery of being alone."

In other words, complacency often plays a role in our choice to stay in a relationship, even if we feel unhappy or unsafe.

Joelson also says people are more likely to stay in an unhappy relationship if there are children involved or if people maintain combined finances.

What are the 4 obvious signs of a failing relationship? 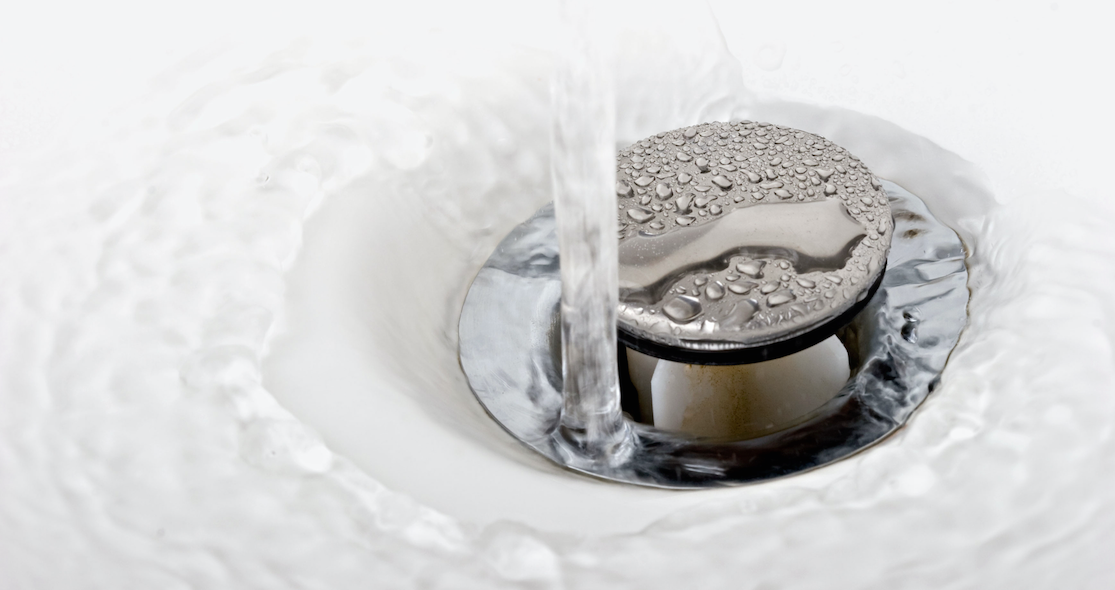 Since many of us willingly stay in even unhappy relationships, we commonly hear people say that they feel blindsided when their relationship ended because they never saw any signs to indicate that anything was wrong.

Although no partner is perfect, there’s a healthy way to provide feedback to your partner (i.e. critique) and then there’s criticism.

While healthy feedback includes “I Statements” and points out specific behaviors, criticism attacks a partner as a person.

When we throw around insults, use sarcasm, roll our eyes, or scoff at someone, that’s usually a clear sign of contempt.

In a relationship, these red flags indicate a breakdown of respect. Without mutual respect, it’s hard to maintain any sort of substantial relationship with a romantic partner.

When we become defensive, we often avoid responsibility for our actions and try to place the blame instead elsewhere.

When we become a defensive partner in a relationship, though, this means that we’re unwilling to make needed changes for our partner’s health and happiness.

If your partner is constantly defensive when you try to discuss problems or you constantly defend your own actions, it might be time you take a hard look at your relationship and decide if it’s worth salvaging.

Although stonewalling can appear in many different forms, it’s essentially a complete breakdown in communication.

If stonewalling is happening in your relationship, then you probably only talk when it’s absolutely necessary, and quickly shut down when things become heated or vulnerable.

Is it worth is to fix a relationships that's falling apart?

Regardless of what point you are in “The Four Horsemen of the Relationship Apocalypse,” it may be difficult (though not always impossible) to salvage your relationship.

However, experts say there are some instances where it may be worth trying to fix your relationship even when it’s coming apart at the seams. 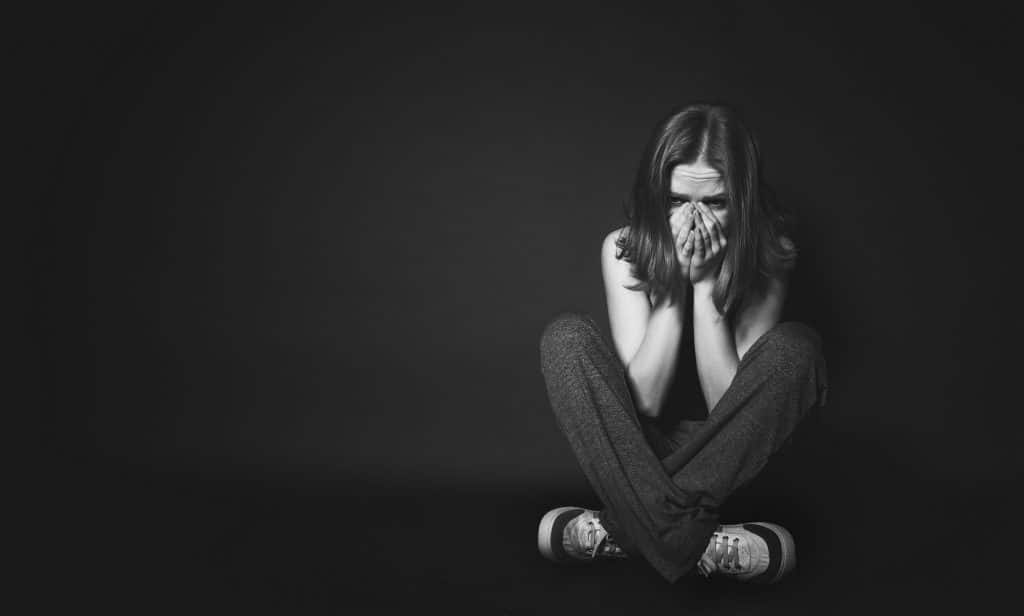 In fact, relationship expert Michele Weiner-Davis shared this in an interview with The Huffington Post:

“Chances are, if you can’t sleep at night because you feel so torn about your thoughts about leaving, it means that there are some valid reasons to consider staying and fixing what isn’t working.”

If you do still genuinely enjoy spending time with your partner, you share the same core values, and you’re both willing to work on things, then it may be worth putting in the work needed to fix the relationship.

While it can be hard even to start the process of fixing a relationship once it starts falling apart, relationship coach Sam Owen and the University of Exeter professor Jan Ewing have compiled a great video that can help you identify ways to fix your relationship, if it’s worth salvaging, or determine if it’s even worth fixing at all:

What are good reasons to break up?

Although there are definitely times that call for you to push through difficult moments and repair your failing relationship, I can personally say there are just as many instances where it’s actually best to walk away.

Deciding to break up can feel overwhelming, but there are certain times when it’s always a good reason to break up.

For starters, if your partner cheated or permanently broke your trust in another serious way, it’s a justified reason to break off the relationship.

Although you can sometimes rebuild trust, you have to decide for yourself if that’s something you even want.

Just like infidelity, abuse is another completely justifiable reason to end a relationship.

In fact, psychologist Nicole Martinez goes so far as to say that you should break up with your partner “when the negatives have seriously started to outweigh the positives.” 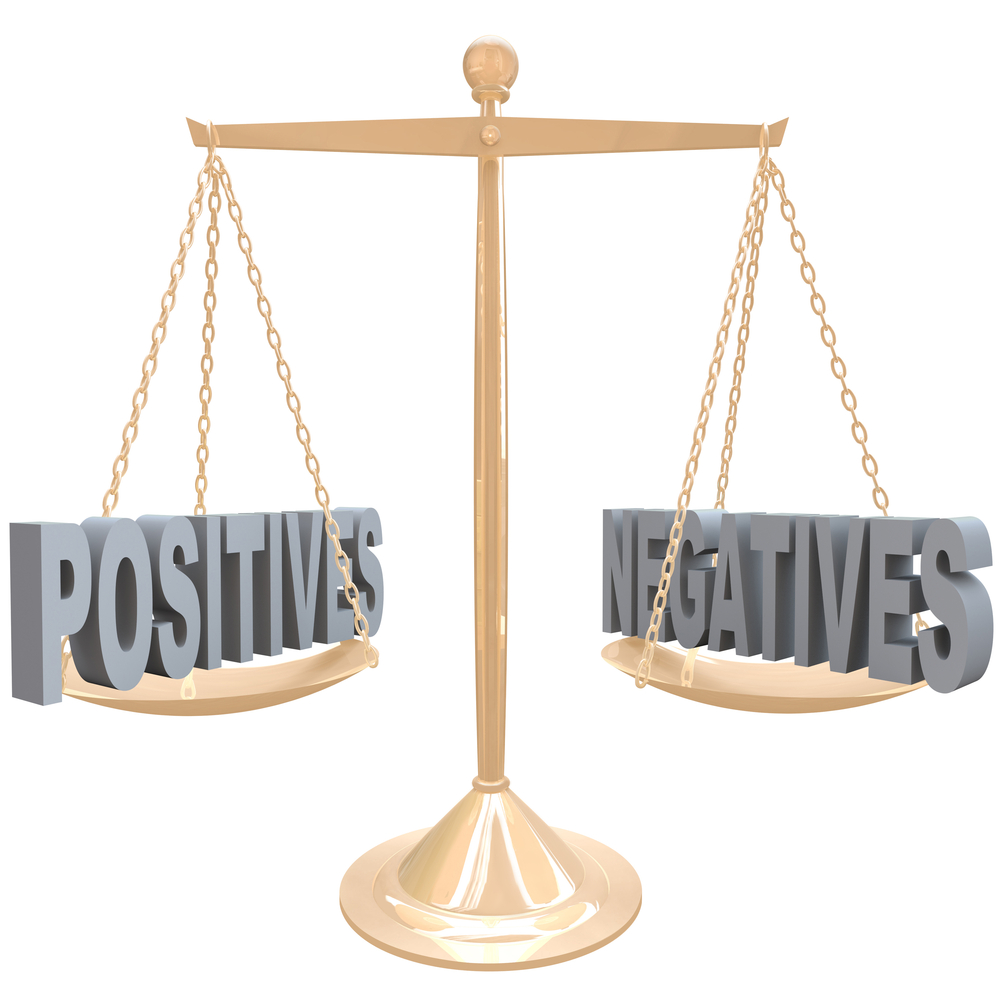 If you see any of the signs of a toxic relationship we previously mentioned, that’s also a clear indication that your relationship is unhealthy and you need out.

Finally, if you feel like it’s hard to communicate with your partner for any reason, then it’s probably time to break things off.

Sometimes this is a sign that you need to focus on your own problems and emotional baggage, and other times it’s just a sign of long-term incompatibility.

Why do most couples break up permanently?

Although some couples who separate do eventually reconnect, later on, the majority of people walk away from relationships with no intention of returning.

While it’s hard to explain why every single relationship breaks down, there are a few common reasons why relationships permanently end:

Violations of trust nearly always cause relationship problems, so it’s no surprise that they eventually lead to permanent breakups.

This is especially true when a partner repeatedly breaks our trust, as this only further wears us down.

Whether it’s a true power struggle or merely perceived, feelings of imbalance nearly always cause couples to split.

While the first two reasons I mentioned seem mostly out of at least one partner’s control, this final reason is something that both halves of the couple can fully cause or negate.

Couples who stop paying attention to each other lose connection, and ultimately, they stop spending time together. This ultimately leads to a breakup that often can’t be reconciled.

Just like my friend’s romantic dinner that fell apart for reasons that were completely out of her control, sometimes even the tables can turn in a relationship that once felt like the most incredible love story.

If you find yourself constantly wavering on the decision to end your current relationship or you see signs that something isn’t right, then it’s time to really inventory what your current partner means to you and weigh out the positives versus the negatives you recognize.

Maybe you’ll discover signs of a toxic relationship or even just see those four obvious signs that your relationship is falling apart.

Perhaps you’ll see an imbalance of power or even just a loss of interest from yourself, your partner, or both. Or, maybe you’ll see another red flag that I didn’t even mention.

If you see the writing on the wall or even have an inkling of a feeling, then it’s time to find the courage to break up and move on with your life.

After all, everyone deserves true happiness and unconditional love from their partner — most especially someone like you.