How To Be More Attractive To Women 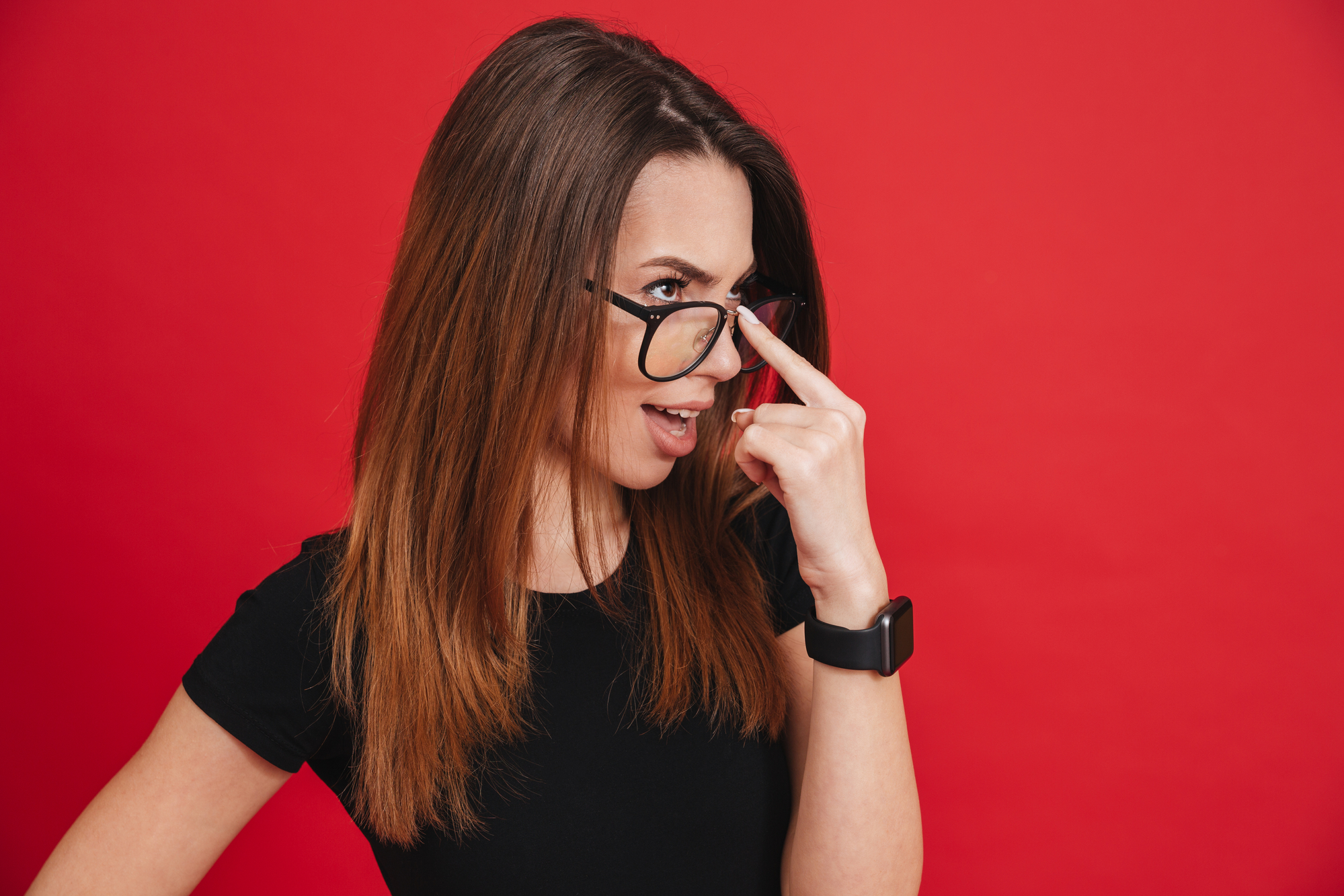 Have you seen that Mel Gibson movie from the early 2000s titled What Women Want?

If not (or in case you forgot), the basic gist is that Nick Marshall (Mel Gibson) is a chauvinist executive at an advertising firm who thinks that he knows how to attract women.

Thanks to a freak accident in his bathroom, though, Nick quickly learns that he’s been approaching women the wrong way his entire life. Throughout the movie, Nick learns how to “get in touch with his feminine side” and really attract women.

While you can’t fall in your bathroom and suddenly hear what women think, as Mel Gibson’s character did in that hilarious film, you can take proactive steps to learn how to be more attractive to women.

What do women look for in a man?

Every woman is unique. Therefore, the definition of a “perfect man” varies from woman to woman. Once you cast the physical attributes and sexual desires aside, though, most women have a relatively uniform list of characteristics that they look for in any man they consider dating.

In fact, Redbook Magazine recently interviewed three marriage counselors to compile a list of what women really look for in a man.

Based on their expert feedback, the editors at Redbook developed a list of 10 qualities that women frequently look for in a potential partner. This list included the following core attributes:

What makes a man attractive?

If you listen to a group of women drool over celebrities, you’ll quickly discover that every woman has their own sense of what they find attractive. However, based on years of research, there are some items that nearly all women find attractive.

Although every woman has her own tastes on facial hair, a 2013 research study found that an overwhelming majority of women find men with heavy stubble or a light beard most attractive. This is largely because women see facial hair as a sign of maturity and masculinity.

Experts say that men who walk confidently appear more attractive to people they meet on the street than men who appear slumped over or anxious. You don’t even have to appear overly confident for this to work — you just need to look comfortable in your skin.

A Sense of Humor

Several studies have found that women love a man who can make her laugh. In fact, many women find men with a sense of humor more attractive than similar-looking men who take a more serious stance on life.

The halo effect is a psychological bias where people unconsciously assume that one aspect of their personality applies to their entire character. Because of this, women often perceive men who show kindness as more physically attractive as well.

A Bit of Muscle

A 2007 study asked women to rate men as potential partners after viewing them shirtless. The results indicated that men who are somewhat muscular, but not overly bulked up, appeared the most attractive as long-term partners to most women.

What causes attraction at first sight?

Even though most romantic relationships develop over time, studies show that there’s some truth to the idea of “love at first sight.” But what causes us to find people attractive right after meeting them for the first time?

For starters, when you first look at someone, your brain almost instantly decides if it finds the person physically attractive or not.

This feeling increases if you and the person you find attractive are also attracted to you because of a “loop” created by your eyes' locking. The more connected you two feel in this moment, the stronger the attraction will be.

Over time, this initial attraction can lead your brains to take more actions, and these actions (like flirting or kissing) can lead to a deep, powerful connection that causes your brain to experience love.

However, there are times where “love at first sight” is actually a phenomenon called "positive illusion." In other words, you didn’t feel that instant attraction when you first met your partner but instead remember it that way because of the bond you built with them over time.

Over time, many couples can’t decipher if they actually experienced attraction at first sight or if a memory bias actually develops the longer you remain with a person. But if you still feel attracted to someone after months or even years of dating them, does it really matter?

What are the biggest turn-offs to a woman?

Just like some things get every woman’s motor running, some things instantly send us running away.

Most men want gorgeous women who put time and effort into their appearance, so it shouldn't surprise anyone that women want the same thing from a man. We don’t expect you to pull out the red carpet every day, but some basic hygiene and upkeep are appreciated.

When men don’t bother to shower, wear deodorant, or trim up their facial hair, it sends a signal that they don’t care about themselves, which means they probably don’t care about anyone else either. Thanks but no thanks, guys.

There’s a difference between confidence and arrogance, and most women can snuff it out in minutes. Women find confidence attractive, but arrogance is a huge turn-off.

Although some guys do genuinely have stuff to brag about, the vast majority of men who think highly of themselves don’t. No woman wants to spend an entire dinner date listening to you rattle off all of the reasons why you’re amazing.

Reason #3: Inability to Have Fun

Women love to laugh and have a good time, so we often look for men who do the same. While guys can be a little more serious at first, men who remain uptight constantly quickly feel like such a drag and turn women away in a flash.

Although women have made strides towards equality, some men just can’t seem to let go of their false sense of superiority — and it’s a huge turn-off.

If you want to send a girl running, call her “sweet cheeks” and joke about how she needs to make you a sandwich. She’ll be gone in no time.

Women work hard, and they expect a potential partner to do the same. In fact, laziness is a huge turn off to most women.

We want to see men who are successful employees and still willing to chip in around the house, not someone who spends all of their time playing video games while eating cereal straight out of the box.

Sex is great, we all agree… but do we really need to talk about it 24/7? Guys who only care about hooking up and getting it on aren’t attractive at all.

While we don’t expect you to hold doors open for us or push in our dining chair, women still love a man who can say “please” and “thank you.” If you don’t display some basic manners, chances are your relationship won’t last long because bad manners are a huge turn-off.

How to use psychology to attract her

Not every man has the looks or wealth to turn the charm on like we see in the movies. Honestly, though, that’s okay! In fact, if you have your eye on a certain someone, you can use some basic psychology to attract her to you, according to the experts at MensXP.

For starters, you can use open body language to send her signals that you’re not only confident and self-assured but that you’re also emotionally open and willing to be vulnerable.

Since most men send signals that they’re closed off, this will be a refreshing change of pace and likely draw her in.

You can also use reverse psychology to get her attention and make her feel like winning you over is a challenge. Although this method can sometimes backfire, psychologists agree that it usually works well.

Also, when you plan out what you’re wearing for the first few dates, make sure you include something red. Why? Because red is the color of passion, love, and positive sexual energy. Whether she realizes it or not, she will feel more attracted to you when you wear red.

Finally, find ways to cause releases of oxytocin during your encounters. Known as the “love hormone,” our brains release this chemical whenever we bond with someone socially. So if you can find small ways to initiate touch, the chances are that you’ll seal the deal thanks to oxytocin.

There’s no denying that women are complex creatures that are sometimes difficult to understand fully. This is probably why men frequently complain that they can’t make women happy or ever figure out what they really want.

While it may seem like a tall order to win a woman's heart, it’s not an impossible task. Once you know what women are really looking for in a potential partner and what they find attractive, you can work towards improving yourself and accentuating your positive qualities.

Just make sure you avoid behaviors that will instantly turn a woman off, and try to use psychology to your advantage when you’re working your magic on someone new.

All women just want to feel important and loved — and, as a man, you can provide just that. So what are you waiting for? Get out there and get that girl you’ve been eyeing… she’s waiting for you!