3 Keys To Understanding A Man’s Psychology After Breaking Up 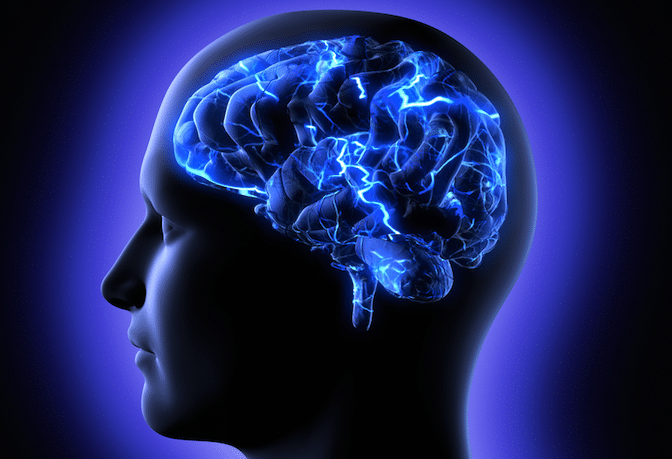 When one of my close college friends ended her three-year relationship with her dream guy, I watched her spend months in solitude to recover from the breakup.

We tried to get her to go out and meet guys, but for the longest time, she insisted that she wasn’t ready.

When my two younger brothers started dating, though, I saw a very different scenario unfold. They would move on to someone new within weeks of ending the previous relationship and never seemed to bat an eye.

What I learned from these experiences was that men handle breakups very differently than women.

Well, it turns out guys are just wired differently and brought up to handle their emotions in a drastically different way than girls.

What do guys do after a breakup?

When it comes to handling a break-up, many people say that “women break up harder, but men break up longer.”

In other words, women typically engage in an emotional grieving process right after the breakup, whereas men initially stuff their feelings down and procrastinate on healing.

According to a study completed by researchers at New York’s Binghamton University, men typically experience anger right after a breakup and engage in more self-destructive behaviors as a result.

Some men turn to drinking and other mood-altering substances to dull their emotions after a breakup, whereas others turn to the gym to “sweat it out.”

What’s more, men often either stalk their ex on social media or completely erase any memory of them.

Also, many men jump right back into dating after a breakup — but not because they’re looking for something serious.

For the most part, it’s about the rush we all feel when we flirt and hook up with someone new. Because of this, men will often “rebound” with several women.

What’s most interesting, however, is the fact that men typically engage in these behaviors to maintain their self-esteem and avoid any appearance that the breakup damaged them.

Why are guys so prideful?

Guys hold onto their pride even more than usual after a breakup. They don’t want anyone to see them shed a tear.

While most of us see this confidence and ability to easily move on as upsetting, the truth is that it’s not how it looks.

According to John Amodeo, psychologist and author of Dancing with Fire: A Mindful Way to Loving Relationships, “Pride is often driven by poor self-worth and shame. We feel so badly about ourselves that we compensate by feeling superior.”

When it comes to breakups, men use their pride as a coping mechanism to avoid heartache. While this merely delays the inevitable, men seem to be hardwired to react in this way.

After all, society raises men to approach all emotions in a “masculine” way and “man up” when times get tough.

This is why many men mask their feelings after a breakup and avoid processing their grief by diving right back into dating someone new.

Also, men see failure as a sign of weakness and admitting that the end of a relationship hurts looks like failure.

Instead of sharing their feelings, men take on the “fake it ‘til you make it” mentality and put on a cloak of pride to cover up their pain.

Why do insecure guys move on so quickly?

As we mentioned, many guys try to cover up their insecurity by moving on immediately after a breakup.

Some guys believe the phrase “the best way to get over someone is to get under someone else,” whereas others just think that someone new will make them feel better.

However, an insecure guy who quickly picks up someone new after a breakup is someone you may want to cut ties forever with. You can never keep a man's interest who is insecure like this. They will always justify moving on so, in this case, you should too.

Guys like this can never maintain successful long-term relationships because they haven’t taken the time to deal with their emotions and process why previous relationships failed.

Furthermore, clinical psychologist Josh Klapow shared in an interview with Psychology Today that this lack of emotional insight hinders a man’s ability to develop relationships in other ways.

When insecure men move on quickly, it ultimately prevents them from connecting with their partners on a deeper level.

This attitude ultimately makes men view relationships as "accomplishments" instead of meaningful partnerships.

When that happens, it starts a cycle of hookup after hookup where women become conquests, not people.

However, when men learn to feel secure with themselves and can fully experience vulnerability, they can break this cycle and learn to cope with the heartache of a breakup more effectively.

Do they miss you after breaking up?

While missing an ex looks different for everyone, the general consensus is that most guys do miss you after the relationship ends.

For those insecure, prideful guys who jump right back into dating, it may take them longer to admit that they miss you.

However, men who know how to get vulnerable and express their feelings healthily may start missing you and reaching out shortly after the breakup.

According to the relationship coaches at exboyfriendrecovery.com, you can tell that he’s missing you afterwards if he does one of two things:

Regardless of his initial reaction, though, you will eventually hear back from your ex again.

How do you know if your ex is still in love with you?

Once your ex reaches out and expresses that he misses you, you may wonder if he’s still in love or just wants a booty call.

In this YouTube video, breakup coach and best-selling author Brad Browning shares how you can determine if your ex is still in love with you.

In fact, Browning shares that there are four very distinct signs that he’s still in love with you even after a breakup.

Regardless if you established a No Contact Rule or just ignored his messages and calls, if your ex is still reaching out to you weeks or months after the breakup, then chances are he’s unhappy with life without you and wants you back.

Sign #2: He brings up old memories or inside jokes.

While contacting you at all after the breakup shows that he still cares, the actual content of his messages and calls speaks volumes as well. In fact, the more reminiscent your ex is when he contacts you, the more it suggests that he still loves you.

Sign #3: Your ex remains emotional long after the relationship ends.

If you didn’t do anything that would have caused extreme psychological damage before the breakup, then any anger or sadness that your ex shows you could be a sign that they’re still hung up on the relationship (and still in love with you).

It’s very common for a guy to end a relationship then later second guess himself. If that’s the case, he may continue expelling his confusion outwardly through mixed signals towards you.

Browning is a world renowned relationship and breakup expert who's helped millions of women navigate the complexity of breakups and getting back together with their ex.

He's the creator of the #1 breakup and relationship program of all time, The Ex Factor.

If you are still confused about how men think, what you can do to get your ex back and stay with you, and much more, then check out this video below and see why this program is so highly recommended by women around the world. 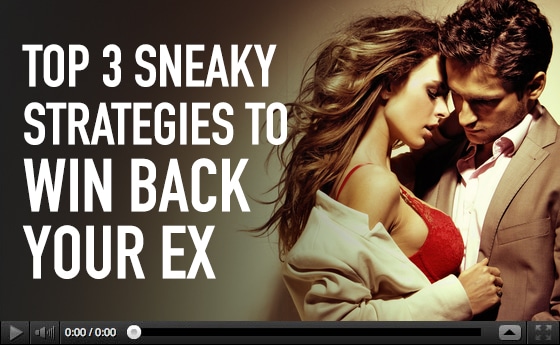 How long does it take for a guy to regret breaking up?

As you’ve probably gathered thus far, men often do regret breaking up and struggle with their feelings post-breakup.

However, as you’ve also surmised from what guys do right after a breakup, it takes time for most men to reach that point of regret.

In fact, it can take up to six months for some guys to start missing you and regret ending the relationship.

Sometimes he regrets the breakup because he misses the life he had with you.

Other times he takes some time after the relationship ends to really process his feelings and he comes out the other side a more mature person who is ready for a committed relationship with you.

How can you make him come back?

Although most of us worry that a breakup lasts forever, that isn’t always the case. In fact, a 2013 study found that nearly half of couples who break up end up back together again.

If you want to make your ex come back to you, though, experts agree that you need to do these five very specific things.

1. Give Your Ex Some Space

First and foremost, you should always give your ex-boyfriend some physical and emotional distance after the relationship ends.

This not only gives you both time to cool off, but also plays into the whole “absence makes the heart grow fonder” theory.

While giving your ex some space, though, you should also avoid talking about him in a negative light as much as possible — especially on social media. After all, you never know who’s looking.

3. Work On Yourself First

Believe it or not, many experts say that men come back most often once you’ve personally recovered from the breakup.

In an interview with Cosmopolitan, relationship psychologist Dr. Mariana Bockarova suggests that women get into new hobbies or friendships after a breakup.

Filling your life with joy can help you turn things around, and all those cute Instagram selfies may cause your ex to see exactly what he’s missing.

4. Don’t Jump Back In Too Early

Many of us start feeling desperate for love and attention in the months after a relationship ends.

While you might think that jumping into a relationship with someone new will help you feel better or make your ex jealous, it really doesn’t work that way, so take your time and heal first.

5. Reconnect In A Neutral Spot

If you and your ex start communicating again, plan a meetup in person that’s at a neutral location without any romantic vibes.

In fact, consider grabbing an afternoon coffee or casual lunch without any alcohol. This takes the pressure off you both and keeps expectations low.

6. Make Him Infatuated With You Again

What drives men towards you? Is it love? Is it the excitement of chasing you and finally catching you?

When we go through a breakup, we require time to heal our broken heart.

While men need time to heal as well, they often handle it in a way that baffles us and leaves us wondering how they can simply move on to someone new.

It’s important to remember that the way men handle breakups looks very different from us, but that doesn’t mean they have it any easier.

Guys still feel sad, they still miss the relationship, and sometimes they even want us back.

There's some common advice out there that "If things are truly meant to be, it will happen in time."

However, sometimes you have to go after what you want. If you think your ex is truly the one for you and want to win him back then our advice is to check out Brad Browning's program, The Ex Factor.

The Ex Factor teaches you how men think, and how to use that knowledge of male psychology to your advantage.

And who know's.... this in depth program might be the last thing you ever need to get him back and keep him forever. View the program here.